Just weeks ago, BrewDog opened a bar in our own Short North. Believe it or not, this Short North location is BrewDog USA’s first standalone BrewDog bar! Lykens Companies has the honor and excitement of hosting BrewDog in one of our most vibrant spaces. With this awesome project finally completed and BrewDog’s doors opened to the public, the question now becomes, “How will BrewDog fit into the Short North?”

To answer a question like that, we first have to consider the young and rich history of BrewDog. 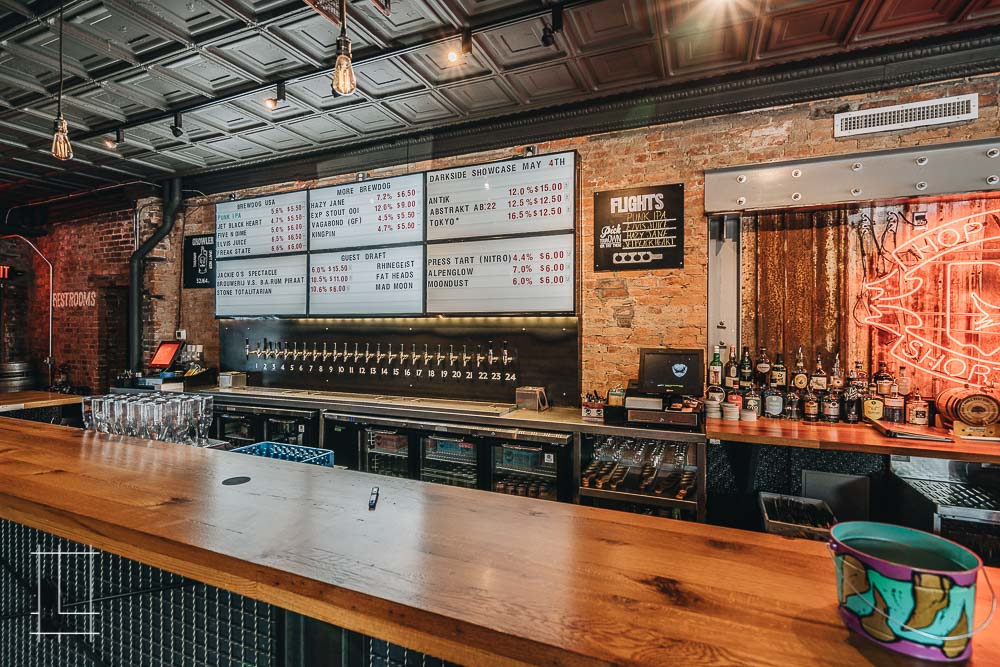 Only a little over a decade ago, two Scots started brewing beer in one of their mom’s garages. In those days, it was hard to imagine that that a garage in Fraserburgh, Scotland would morph into a 42-acre brewery in Canal Winchester, Ohio and dozens of bars across the world.

BrewDog’s beer revolution started when the duo grew fed up with industrially brewed lagers. James Watt and Martin Dickie sought out to change how Europe (and the rest of the world) thought about beer. James, a former sea captain, and Martin, a graduate in the art of brewing and distilling, seemed like an unlikely combination from the outside looking in. Luckily, this story relies on anything but likeliness.

From the beginning, rich flavors and thoughtful craftsmanship went into each and every batch of beer produced in that garage. But it wasn’t just that. In its early days, BrewDog made a name for itself by jumping into controversy with its mammoth competitors and pushing the limits of what defined a beer company. They launched Equity for Punks to anyone wanting to invest, and, of course, they cranked up their beers’ ABV (alcohol by volume) levels to unprecedented highs. “Tokyo” became the beer with the UK’s highest ever ABV. Soon after, “Tactical Nuclear Penguin” claimed to be the world’s strongest beer at 32% ABV. “Sink the Bismarck” followed with a 41% beer, topping a 40% ABV competitor who had emerged. Then, as if the rest wasn’t enough, BrewDog made the world strongest and most expensive beer: “The End of History.” This 55% ABV beer came packed inside road kill. Only 12 bottles were made and 11 of them sold for £700 a bottle. After all, who decided that taxidermy and craft beer needed to be separated? 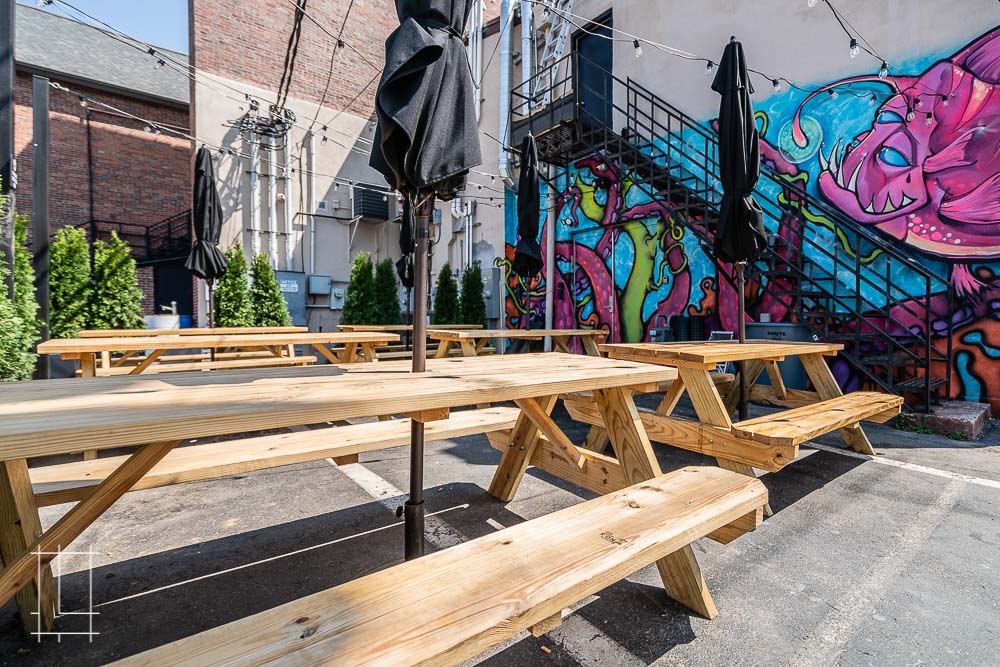 Fast forward about a decade and BrewDog, the UK’s fastest growing alternative beer company, has become an international powerhouse. What started as a two-man operation now employs more than 1,000 people. A mother’s garage has become over 45 bars and counting, massive brewhouses, and so much more. BrewDog’s investment in Columbus, Ohio represents its larger transition into making a home for itself in the United States.

With its rapid growth and expansion, many expect BrewDog’s culture and quality to change. Massive success usually means a shift toward the corporate, traditional, and robotic cultures that plague giant operations. Here again, BrewDog has again defied expectations. “The culture hasn’t changed. It still has the very personal and local personality we started with,” says Martin MacDonald, General Manager of BrewDog USA’s Short North bar. 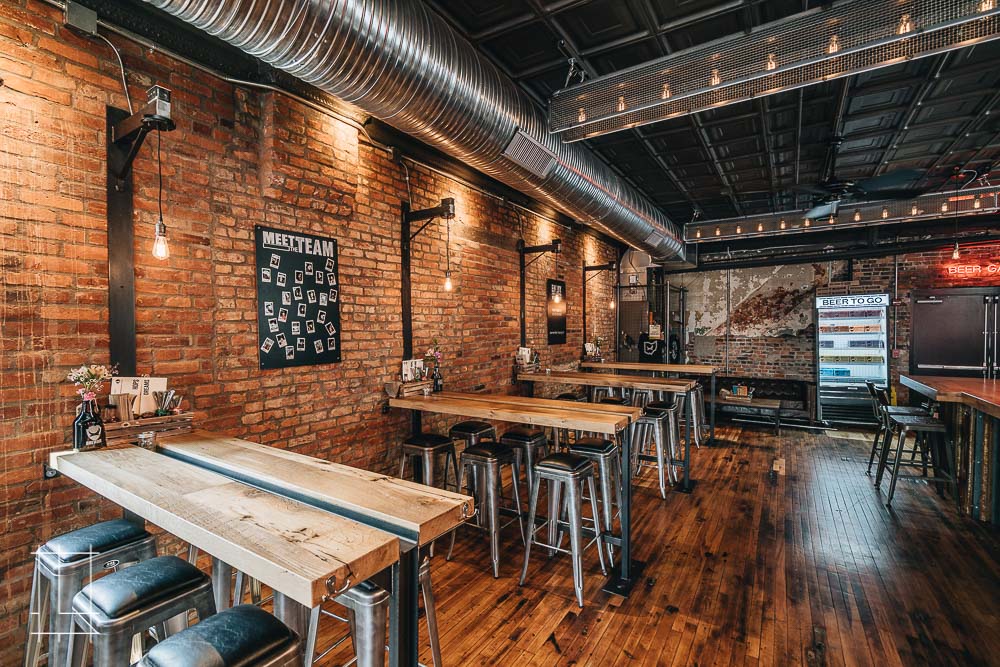 MacDonald would know. After a few years of running London’s largest Irish Pub, he grew sick of the routines: stale rugby watching and the same old Saint Patty’s celebrations time after time. MacDonald joined in on BrewDog’s exciting momentum and ended up running one of their flagship London bars, BrewDog Soho. When BrewDog set its sights on the US, MacDonald hopped on board. Formerly in charge of the massive taproom and restaurant operation in Canal Winchester, MacDonald is now helping to spearhead BrewDog’s expansion through the rest of our area.

Many beer enthusiasts are familiar with BrewDog’s mecca in Canal Winchester, DogTap Columbus. A brewhouse, a taproom, and a forthcoming boutique hotel are all inside 42 personality-packed acres of land. This 100,000 square foot facility boasts a 10,000 square foot taproom and is capable of brewing a whopping 110,000 barrels of craft beer each year. If you haven’t seen this place in person yet, then you need to soon.

“Canal Winchester is a destination,” says MacDonald. “People make a day of going there. Our Short North bar is able to really embrace the local community. We get to enjoy the diversity and foot traffic of being in a neighborhood like this.”

Lykens Companies was thrilled to hear that BrewDog was making a home for itself in the Short North, the neighborhood we’ve devoted two decades to shaping into one of America’s most premier Arts Districts. We were even more excited to see them choose a location on the upper end of the Short North. In our eyes, BrewDog is the perfect bookend to one of the Midwest’s most exciting destination neighborhoods. 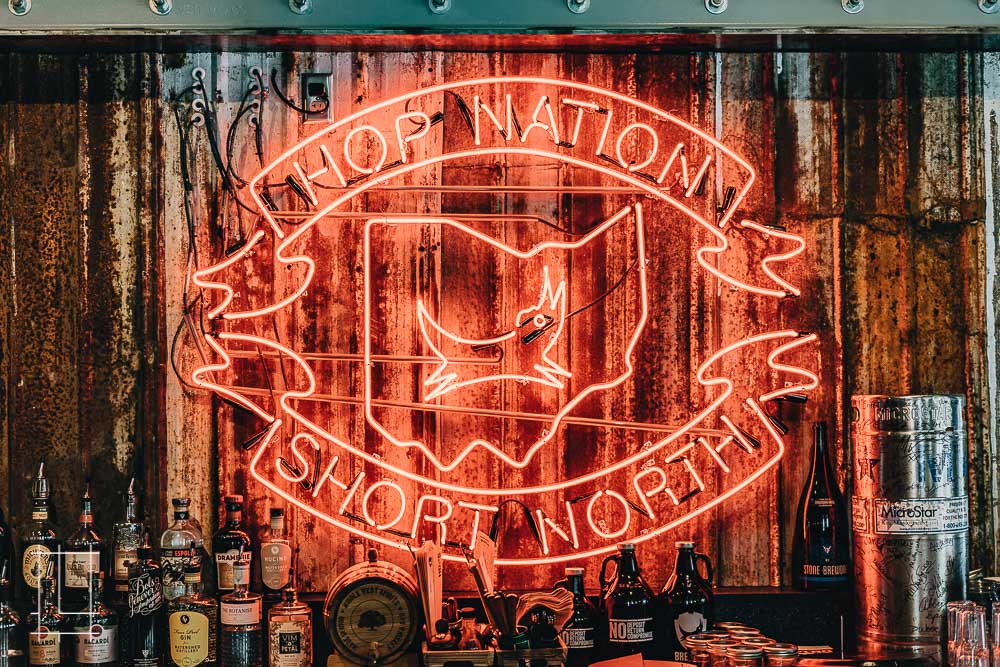 “We really feel like we’re plugging a hole in this part of the Short North,” agrees MacDonald. “Obviously, the Short North is rich with bars, restaurants, and even has incredible local breweries close by like Seventh Son. With that said, we believe that BrewDog offers something really special. We love the space here. People who have been with BrewDog since the beginning feel that this space represents who we are genuinely. We don’t even have TVs. It’s all about our beer.”

With a 24 craft beers on tap (and even a few for guest drafts), this spot really is about its beer. In case you have an appetite, BrewDog serves all kinds of well-made bar snacks. We recommend their killer pizza, baked with artisanal craft dough.

The Short North is all about craft and has been for decades. Whether it’s creating the best art, starting a small business, or opening a world-class restaurant, the Short North Arts District represents a community of well-executed passion. With award-winning beer and a history of pushing creative boundaries, BrewDog more than fits in: it amplifies and accentuates what the Short North is already doing. We’re thankful for the addition of BrewDog in our community and are excited to watch it complement the Short North for years to come. 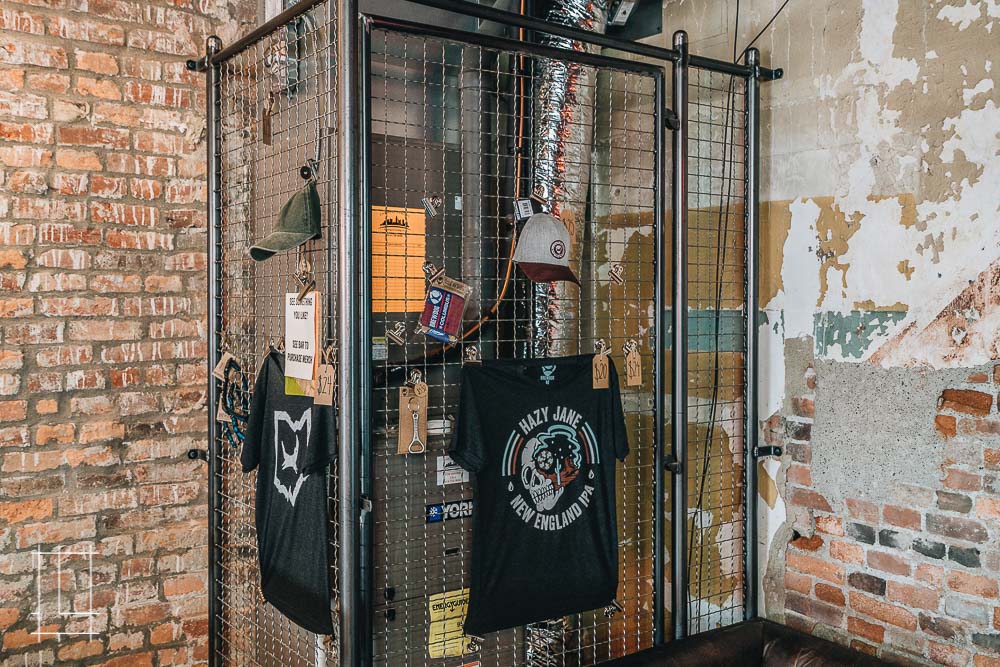 Be sure to check out BrewDog USA Short North for a drink and see for yourself why this brewery became an international success. Make sure to grab a glass of Punk IPA, the company’s flagship beer. After all, it was the India Pale Ale that started a craft beer rebellion.

Thanks again to our friends at BrewDog for taking the time to sit down and talk with us! Want to learn more about BrewDog and how it all started? Be sure to read our interview here and check out their story on their website.