Unless linked otherwise, all photography and video was taken by Matthew Garsky (@matthewgarsky).

Victorian Village is Columbus’s most picturesque neighborhood. With hundreds of beautiful homes, a quick walk makes you feel like you’re living in a Hallmark movie. Just a block from High Street, Victorian Village boasts one of its most spectacular sites: Goodale Park, over 32 acres of green space in the middle of the Short North, complete with everything from tennis courts to a pond. As the oldest park in Columbus (and one of the oldest in the country), Goodale Park has a story that’s remains largely untold.

Goodale Gets His Start

Our story begins in Worchester, Massachusetts. There, Lincoln Goodale was born in 1782. His father, Captain Nathan Goodale, was a distinguished soldier in the Revolutionary War. As a way of settling down post-war, Captain Goodale moved his family to Marietta, Ohio in 1788. Lincoln Goodale became one of the first children to be a part of village. His father was in charge of community defense and spent much of his time raising cattle, even developing the “Goodale breed,” a breed that spread through the greater part of Ohio. 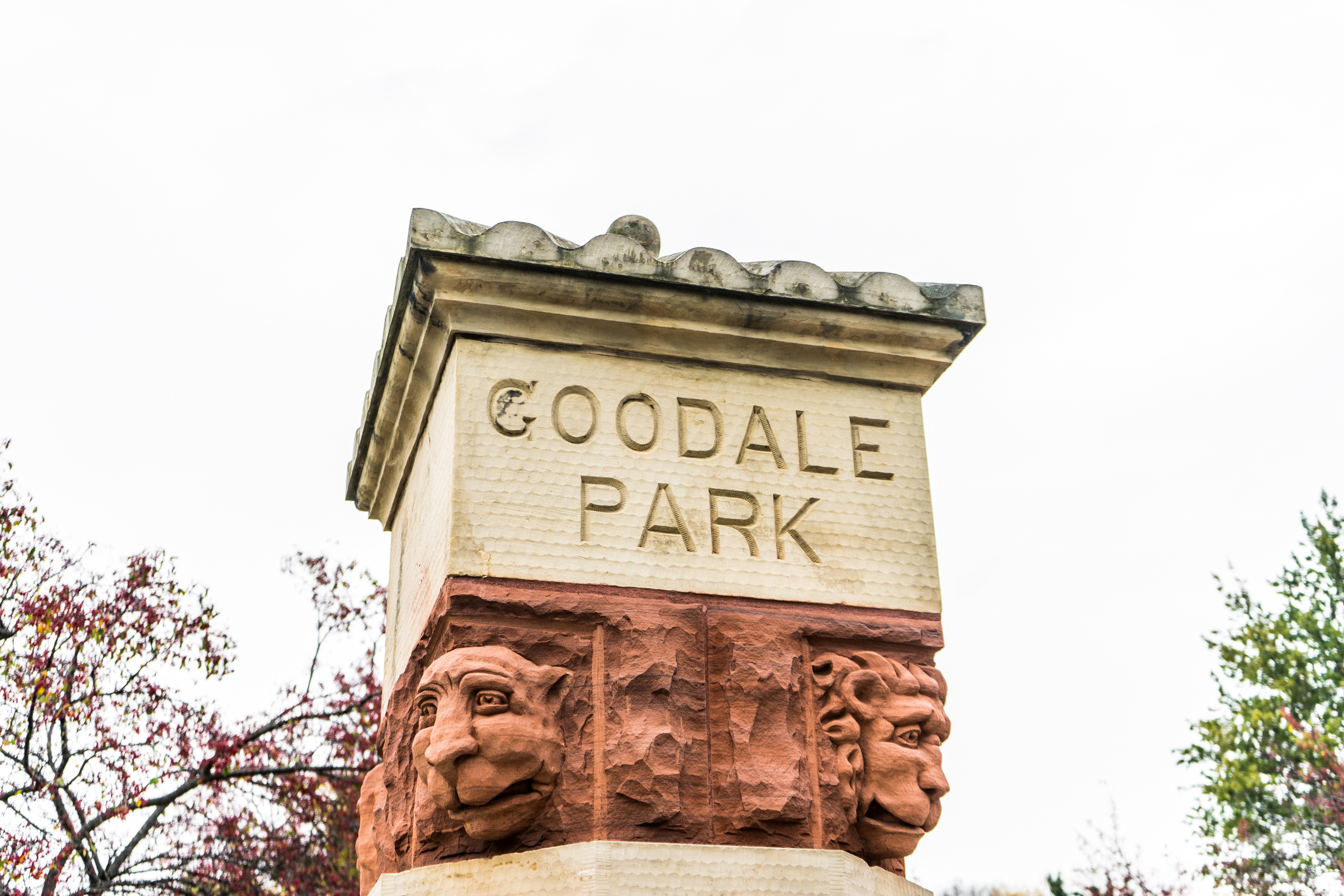 Life was good in Marietta. For several years, the community enjoyed peace and expansion; however, the 1790s proved to be a dangerous time and saw tensions mount between the Americans, the British, the French, and the Native Americans. On a cool March morning in 1793, Captain Goodale was working on the farm when he was captured by Native Americans. Efforts to track his whereabouts failed and his disappearance was a mystery. He was not confirmed dead until 1799.

During that hard time, Lincoln Goodale grew into a man and turned his attention to medicine. In 1805, he and his mother arrived in Franklinton, Ohio, just west of the Scioto. At just 23, Dr. Lincoln Goodale became Franklin County’s first physician.

When Dr. Goodale and his mother arrived in Franklinton, they, believe it or not, didn’t stumble upon the Idea Foundry. No, instead, they looked across an unsettled land without a single church, schoolhouse, or bridge for at least 100 miles. If settlers needed attention after sunset, they had to find their way to Dr. Goodale’s practice by looking at the stars. In addition to his practice, Goodale opened a pharmacy and found great success.

Life continued normally until the War of 1812 broke out. Reflecting on his father’s heroic efforts, Goodale enlisted in the war and served as a surgeon. He was captured in Detroit, sent to Ontario, and eventually ended up in Cleveland, but was able to return to Columbus after the war ended. With profits from his practice, Goodale invested in real estate, opened L. Goodale & Co., and even partnered with Joel Buttles (Buttles Avenue, anyone?). Goodale experienced great success trading with Native Americans along the Scioto and even held political office in Columbus’s early stages. From 1821 to 1823, he was a city councilman and, a few years later, he served as city recorder from 1828 to 1830. 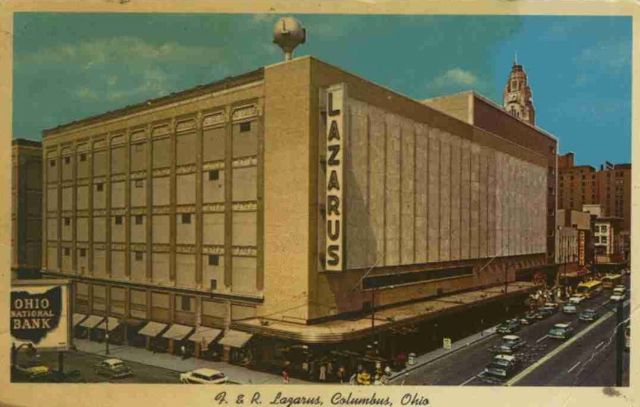 You may know the strip where Lazarus was on Front Street next to the Scioto Mile. You may not know that this area used to be called “Goodale’s Row.” This series of log and clapboard buildings housed several businesses, even Goodale’s own L. Goodale & Company. Goodale’s Row was completed in 1837. From that point on, Goodale’s influence continued to spread until he became Columbus’s largest landowner and the city’s first millionaire. He held a very public role in the city and was even listed as one of President Abraham Lincoln’s pallbearers when the President’s body visited Columbus in April, 1865.

Dr. Lincoln Goodale amassed a huge fortune and never married. Rather than use his wealth selfishly, Goodale became the city’s greatest benefactor, donating money and land toward several causes. Whether it was The Ohio School for the Deaf or Capital University, Goodale seemed to have a hand in Columbus’s early development and success. On April 30, 1868, Goodale died of pneumonia. At 85, he was one of the oldest Ohioans of the time. Described as warm, loyal, and generous without pause, the community mourned his death. As one last gift to Columbus, Goodale left 40 acres of land to be given to the people. Of course, we now know this land as Goodale Park. Within its acres, a bronze bust of Lincoln Goodale sits. From there, he looks out, past the grass and trees of Goodale Park, through the echoes of the rippling Scioto, that same river he’d walked along so many times, and toward the city that he gave so much to, Columbus, Ohio. 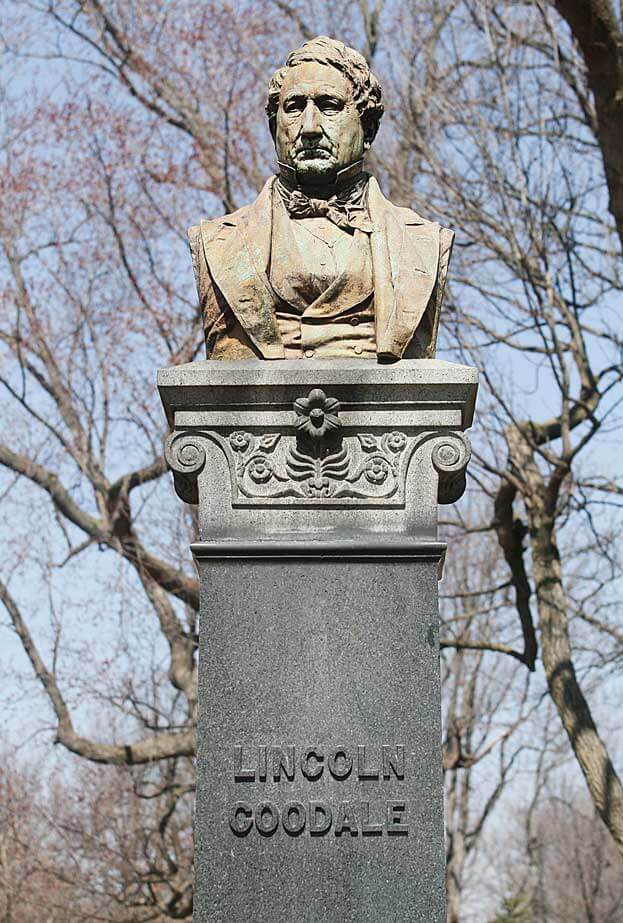 Want to learn more about Lincoln Goodale and the history of Columbus? Check out The Short North Gazette, goodalepark.org, and hundreds of other resources at The Columbus Metropolitan Library.