Lykens Companies is busy putting its energy into bring Columbus the best apartments and rentals in the Short North, but that doesn’t mean that we don’t have time for fun. With the weather this great and summer not even halfway over, we thought it would be good to share with everyone how we like to spend our weekends. Between all the bars and restaurants in the Short North, Italian Village, and Victorian Village, it’s easy to forget that Columbus boasts dozens of festivals (most of which are free!) each year.

We’ve rounded up every festival through the end of summer. If we missed any, let us know! Check out our list of the great events Columbus has to offer.

In 1981, 30,000 Columbus residents gathered together to celebrate Independence Day together. Fireworks and fun followed. Now, Red, White, & BOOM! is breaking the 400,000 mark with ease. With numbers like that, BOOM! holds the crown for the biggest event in Columbus. Make sure to get downtown early enough in the day to grab a great spot. Hundreds of vendors will be around to provide food and beverage. As far as where to get a spot, we recommend the south end of Goodale Park, Bicentennial Park, or any spot along the Scioto Mile.

This year, Short North and Columbus residents will get to enjoy the 35th Annual Doo Dah Parade. Before the Short North was the best Arts District in the Midwest, the Doo Dah Parade began as a local celebration of Independence Day. Since then, it’s grown to be an untraditional Short North tradition. This isn’t your grandmother’s Independence Day parade. This unique parade has all the tongue-in-cheek political satire and creative jabs you want. Fun, free, and unforgettable, you need to witness Doo Dah at least once in your lifetime!

Ohio isn’t Italy. Ohio isn’t France. We’re not Napa Valley, either. But that doesn’t mean that we don’t have great wine. Don’t believe us? Be sure to head over to the 17th Annual North Market Ohio Wine Festival. The purchase of admission gives you 10 tasting tickets, a souvenir glass, and a $5 food voucher to use in one of the North Market’s delicious restaurants. With all that included, it’s an incredible deal and something very fun to do if you’re at all interested in learning more about the wine culture—grapes, regions, pairings, palate, and more. Plus, if you’re a Lykens Companies resident, your Short North apartment or rental is within walking distance.

You might not be in love with Jazz or ribs, but—even if you aren’t—you’re going to love the Jazz & Rib Fest. Each year, this festival hosts incredible line ups of Jazz groups and a mouth watering collection of ribs from dozens of barbecue masters showing off what they do best. Along the Scioto Mile, you’ll be able to walk, enjoy the weather, and embrace an unforgettable combination of cultures. Admission is free and vendors open at 11:00 AM and stay cooking well into the night. 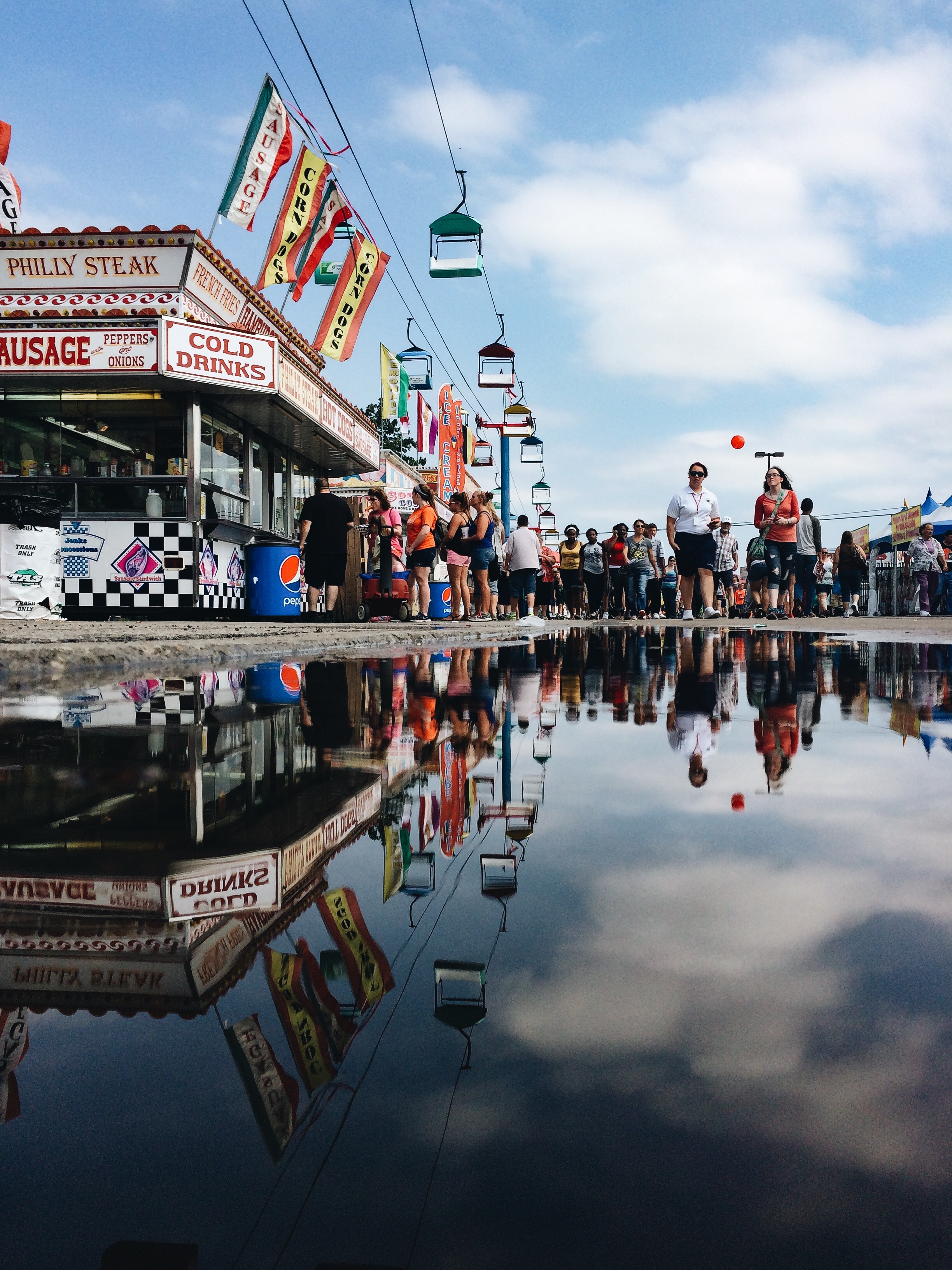 Of all the festivals and fairs we’ve listed, the Ohio State Fair is by far the oldest. Celebrating its 164th year, it’s also the most traditional—at least in terms of what you might expect from a state fair. With everything from funnel cakes to petting zoos to big-name concerts, there’s something for absolutely everyone. While admission is $10, keep your eye peeled to see what kind of specials the fair is running each day. Visitors are usually able to score much lower prices. For all the information on vendors, concerts, tickets, and more, visit their site.

In 2017, the Columbus Summer Beerfest featured 295 craft beers from Columbus and all over the rest of the country. The official 2018 list isn’t out yet, but there are whispers that this year will provide even more beer options. Right now, you can buy Early Admission tickets for a lower price, but tickets will still be available on the day of. Admission includes enough tickets to sample 25(!) craft beers and a souvenir mug. Grab a few friends and enjoy this fun summer event.

In only its 8th year, the Columbus Food Truck Festival has grown into one of Columbus’s favorite traditions. In 2018, the festival will boast nearly 60 food trucks with any kind of food you could imagine—from tacos to ice cream to a truck of speciality cheeses. Better yet, this fun event is a charitable one, too. Last year, it partnered with Nationwide Children’s Hospital to raise over $40,000! Of course, it’s free to walk around, but you’ll have to pay to eat. If you want to skip the line and enjoy VIP access, those special tickets can be purchased now on their website, as well as a list of this year’s vendors.

In its 46th year, the Columbus Greek Festival has mastered how to celebrate a culture. As its website states, “[the Greek Festival’s] Cathedral tours will inspire you, the Orthodox Christian Bookstore will educate you, the food and drink will entice you and the hospitality will overwhelm you.” It’s true. This festival does everything it can to immerse its visitors in the entirety of the Greek culture—it’s more than just a tour of foods. There’s dance, song, history, and so much more. Plus, if you’re a fan of historic buildings (as Lykens Companies is), then you’ll love touring the one-of-a-kind cathedral. It’s witnessed the Short North grow into what it is today.

What will you go to?

If you’re a Columbus resident, it’s worth going to at least two of these awesome events. We’re fortunate enough to live in a city where awesome events are held often and, most of the time, are free to the public. Take advantage of Columbus tradition! So where will you end up going?